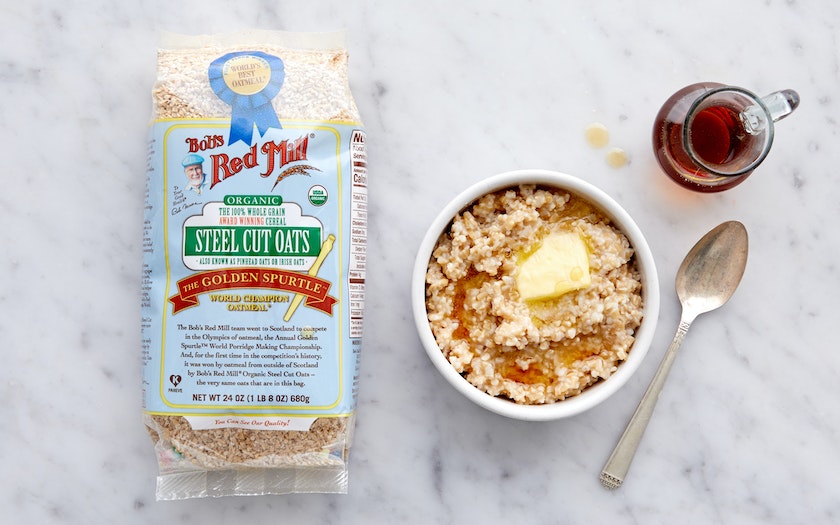 Steel Cut Oats have always been a universal customer favorite at Bob’s Red Mill. Their robust oat flavor, texture and ease of preparation plus proven nutritious benefits and cholesterol reduction make them a perfect breakfast. A few years back we learned of the World Championship Porridge Competition in Scotland called the “Golden Spurtle.” At that point we had yet to discover the spurtle – a centuries-old Scottish wooden porridge stirring implement.

The Bob’s Red Mill team traveled to Carrbridge, Scotland to compete in the Golden Spurtle World Porridge Championship. We competed against fourteen other teams from around the globe. Our team’s belief in our porridge skills and our consistently superior oats never wavered. That crisp October morning all teams paraded through town behind a bagpipe band. After three heats of competition, we remained one of five finalists. All five finalists prepared their traditional recipe – oats, salt and water – for the judges. Finally, the announcement: “Bob’s Red Mill, is the new Golden Spurtle World Porridge Champion.”

The Bob’s Red Mill Steel Cut Oats we knew to be superior were now proven the “WORLD’S BEST”. The simple, winning recipe using oats, salt and water is on our package so you can make the World’s Best Oatmeal® at home.

We had so much fun at the Golden Spurtle, that we began The Spar for the Spurtle™: the ultimate oatmeal throw down so we could share the fun with our customers. Spar for the Spurtle™ asks customers to submit their recipes using steel cut oats for a chance to win a trip to Scotland to compete in the Golden Spurtle Championship on our behalf. Learn more about this fun competition at www.sparforthespurtle.com and throw your hat in the ring!

Oats are a notoriously healthy breakfast choice, being high in soluble fiber and protein. They are also incredibly versatile. Steel cut oats can be used to make risotto, pilaf, dumplings, arancini and more!

Our Organic Steel Cut Oats are produced in Canada (from farms in Manitoba, Alberta, British Columbia and Saskatchewan provinces)

From the day Bob Moore founded Bob’s Red Mill in 1978, he was committed to creating the most nutritional, highest quality flours around by sticking to the use of traditional techniques and doing everything in house: from milling to packaging to shipping.  In 2010, Bob decided to retire and hand over ownership of the company to his 205 employees, which meant that everyone who had been there for more than three years immediately became an owner!

The Bob’s Red Mill family maintains super close relationships with the farmers that are growing grains across the country and visits them often. All of the grains they source are grown from identity preserved, non-GMO seeds and they also boast extensive product lines of certified Organic items in addition to grains and oats that have been produced in a certified gluten free facility.

Whole grains have become everyone’s favorite food trend to talk about in recent years - and why shouldn’t they? Unprocessed grains are packed with fiber, fatty acids, antioxidants and iron. Lucky for us, all of those virtuous health benefits come with something a little more fun- flavor! Whole grains, whether spelt, amaranth, whole wheat or quinoa each bring their own unique rich taste.  Bob's steel cut oats won our hearts at first with its rich flavor, and started our love affair with their entire line of products. Bob's Red Mill is able to maintain the quality of a tiny operation at scale—not an easy task—delivering impeccable products with great availability. Try it yourself with this super simple Amaranth Tortilla recipe from the Bob’s Red Mill site. 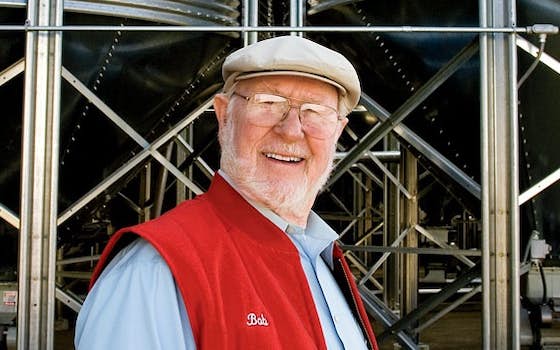